I considered building a road car to incorporate some ideas I had, but the bureaucratic problems involved in registering and insuring it seemed at the time to be not worth the hassle. So, having in mind the Quasar of the early 1980s, I thought “Why not build something like that?”

First one was pretty successful. Built from a damaged/repairable GPZ500S Kawasaki, I did about 30,000 miles on it and learned a lot. It performed well and was much more user friendly than the donor. Except at very low speed in traffic where the ability to stand on the pegs and wobble around car wing mirrors was missing. I don’t do a lot of this type of riding, so not a major issue for me.

GPZFF in its final form 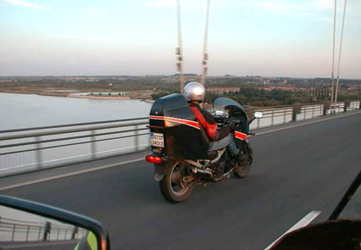 Next was the track day version. I had most of another bike left over, bought for its engine. What to make with it? How would it go on the track? Mondello park is nearby and runs track days.

Back tyre after a track day

It went well, and still does. Stiffened front springs to prevent forks bottoming under brakes, increased rear damping to tame the rear on bumps (Hagon rear shock). Windscreen donated by the GPZFF above when it was dismantled. 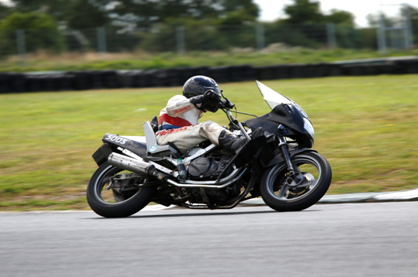 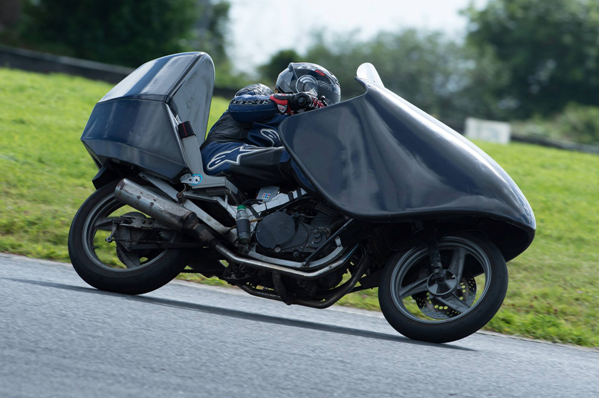 In the meantime, I thought I could make a better street FF by using a more sophisticated donor and designing a full fairing from scratch. The bike I found was a 1985 registered Honda VF500 Interceptor (actually built in 1984). Using SolidWorks, I designed the fairing to fit the modified bike and ended up with this: 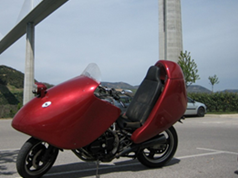 VFFF at the Millau Viaduct, France 2010 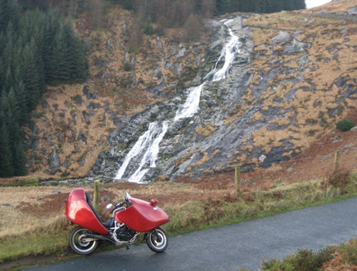 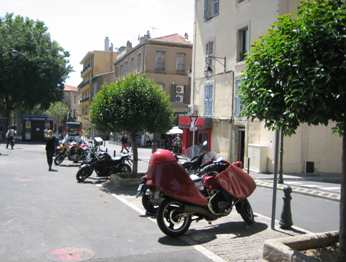 Parked in Aix-en-Provence, France for lunch 28 May 2014 during a business trip